Is Your Team Where Big Ideas Die?

Every workplace has one. And depending on how this person is managed, he can be the death of a department.

I’m talking about the person with all the ‘Big Ideas’. … But there’s a problem …

The ‘Big Idea’ person rarely knows how to get anything done.

He sees from start to finish, but all the stops in between are glazed over by unrealistic deadlines, ill-planned roll outs and an execution that’s ends up taking the wind right out of the sails of all those who are tasked with bringing this misguided idea into fruition.

But the ‘Big Idea’ person is a must-have for successful companies. He should be surrounded by the doers, the planners and the implementers allowing for a partnership that flows flawlessly from concept to reality surround this idea person.

Unfortunately, we are seeing more and more idea people surrounded by yet more idea people – leaving project planning, timelines, implementation and deployment to those who really don’t have the needed experience of getting a project from A to Z.

The fallout? Management invests big bucks in these ideas, they fail because of poor execution, regardless of whether it was a great idea or not; and then the ‘Big Idea’ is abandon and the next idea is given priority and destined to fail as well. It’s a vicious cycle and it appears many companies aren’t learning from their mistakes.

This is a management issue at its core. Management, instead of harvesting the talent and expertise of its people, decides to take the ‘Big Idea’ under its wings and does not prepare for the project properly – forgetting to realize this ‘Big Idea’ is made up of many, many small ideas which have to be planned, vetted and executed flawlessly to reap big results.

Why is this happening? It becomes quite clear when you’ve worked in an environment like this. With the way of today’s job market, highly skilled professionals have to take lower-titled jobs; therefore companies are getting lower-level employees with higher-level (even executive) experience. And instead of realizing this is a blessing in disguise for today’s business and capitalizing on it, silos begin forming between management and employees and projects are not receiving the right type of vetting.

It’s all about realizing the BIG PICTURE is made up of many, many smaller brush strokes before it will ever be complete and ready for market.

In the rush to launch the next best thing, shortcuts are taken. When this happens, management is already undermining the success of great idea. Fully understanding nothing is ever perfect at launch, we are constantly cutting important corners just to be first to market. But do we actually sit back and realize being first to market isn’t always as important as being best in market?

Having worked with companies dedicated to producing world-class products for their users, a standard was set for me early in my career to expect tight, realistic goals, rigorous product testing and a launch plan allowing for various scenarios – including rollback if needed. We took so much pride in our work, launch was something anticipated and brilliant and user feedback welcome and expected. Did we incorporate UI and focus groups? Of course we did! No product ever launched without a total UI review – in fact, sometimes there was more than one. We’d put out a product so well thought out, we could anticipate what our viewers would say and could react accordingly.

Today’s ‘Big Idea’ vacuum is a creative black hole and is nothing short of a defensive strategy. The way to fix it is simply take an idea, hone it and never be afraid to share it with your peers and your management. If you are afraid to share your great idea, you’re in the wrong job. Work is work. But a smart management fosters team spirit, collective thinking and encourages and rewards all the pieces that will take a ‘‘Big Idea’’ to market.

If you’re a manager, think about the people you have on your team and allow them to do their jobs. They’ll make you look better for it.

And if you’re a ‘Big Idea’ person, expand your thinking a little and include your team members in the brainstorming – it’ll be much easier to make that idea a reality if you have all the players on your side. 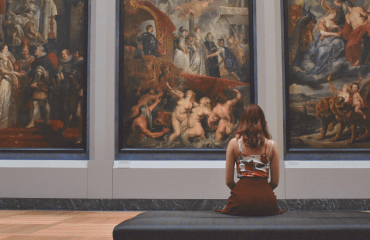 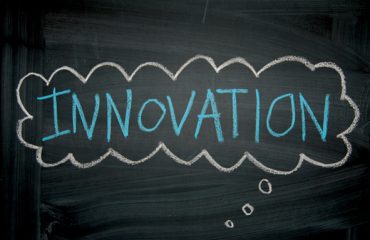 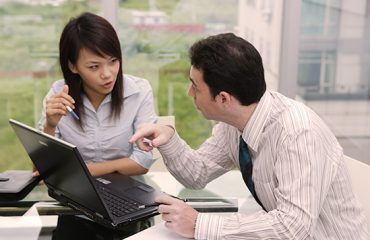