The decision (you can read Jay Stein’s remarks in the blockquote below) touched off a significant discussion thread with close to around 6,000 main comments within a matter of hours. Of the comments, a significant majority were from women who self-identified as avid Stein Mart shoppers who were disappointed in the retailer’s decision and made it clear they were not going to shop there over the holidays.

So strong was the opposition, that several comments received hundreds of additional supportive comments, and averaged several hundred “LIKES.” The top comment received 1,500 “LIKES” on the company’s Facebook page.

Here is a sample of customer responses Jay Stein’s announcement that the store was going to open to Thanksgiving day.

Here is a sample of customer responses to a Veteran’s Day sale post on Stein Mart’s Facebook page:

Opening On Thanksgiving Is Controversial For A Reason

This year, Macy’s was the first major retailer to announce its Thanksgiving store hours.  This is the second year in a row Macy’s will open on Thanksgiving. In 2012 the retailer opened at midnight on Black Friday. Last year it opened at 8 pm. This year the store will open earlier. Company spokesmen claim it is in response to customer demand and desire from employees for more hours.

However, the perception remains that while retailers may believe they need to open on Thanksgiving to remain competitive, it is the thousands of part-time retail workers who cannot otherwise decline work that experience real pressure and frustration. Retailers often state upfront that employees cannot request time off (Kmart). Given that Thanksgiving is the most sacred national holiday recognized as a time for family, giving thanks, celebration and rest, the concept of forcing people to work is viewed with great negativity. There is even some doubt about the effectiveness of opening on Thanksgiving.

The growing discontent with stores that open on Thanksgiving has spurred groups, such as Boycott Black Thursday, which has close to 100,000 supporters on Facebook.

How much attention should Stein Mart pay to customer complaints on social media?

Stein Mart should pay very close attention to the feedback it is receiving. What’s more, it should consider the responses from consumers to other retailers opening on Thanksgiving as it weighs its decision. For example, there is little to no opposition on Macy’s Facebook page about the company opening on Thanksgiving. Other sites paint a similar story. On Stein Mart’s Facebook page however, every single sale posted and every picture is met with a large barrage of consumer opposition from women who state they will not shop at Stein Mart during the holidays – some vow to not return until after the new year.

In my view, this is significant.

And while every company has to weigh many pros and cons, Stein Mart should look beyond just comparing year-over-year sales numbers to determine whether or not the opposition on Facebook is reflective of its broader audience.

There is clearly a large, motivated section of its customer base that disapproves of Stein Mart’s decision. If Jay Stein is truly interested in exploring options for his shareholders that will generate positive sales and revenue, he should consider changing his decision to open on Thanksgiving. Instead of passively ignoring an active and motivated customer base, Stein Mart should close on Thanksgiving and see how they can take the passion people have against the store’s opening on Thanksgiving and turn those people and others into active and motivated Black Friday and holiday shoppers. Given the general climate of opposition to opening on Thanksgiving (as well as their customer’s opposition), such a move would most likely be praised. Coupled with a subsequent ‘thank you for telling us what you think’ holiday sale, could do more to boost Stein Mart than the 5 hours there were planning to open on Thanksgiving Day.

Thank you for your comments regarding our decision to open our stores on Thanksgiving Day. I take each and every one of your comments very seriously; out of respect for Thanksgiving, the holiday and for our associates who are all very important to me. We feel, as a public company, we must, at least this one time, explore opening on Thanksgiving Day for a very limited time period. It is only for five hours in the evening and we have provided supper to all those who will be working with us. I am confident there are some who will not agree with this trial opening. I am not sure myself. In fact, we need to see how the general public responds. We shall see, and in a company owned by many shareholders, it is our obligation to at least explore this additional business opportunity.
Thank you for your notes,
Jay Stein 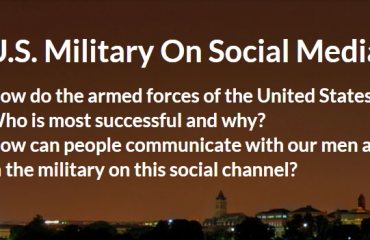 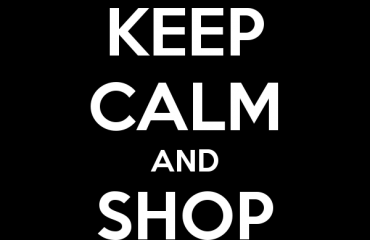 How To Throw A Men’s Panic Party During The Holidays

Take A Look At Our Retail Marketing Services